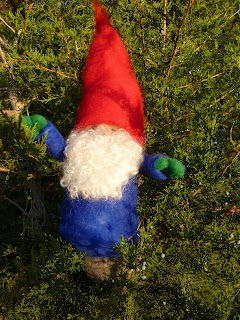 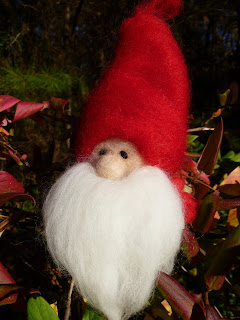 Tonttu is the Finnish name for a gnome. They’re magical (some would say legendary, or even mythical, but they lack imagination) beings, a little bit elf-like, but very down-to-earth. A Tonttu will be helpful around the house if treated with faith and respect (isn’t that true for all of us?) 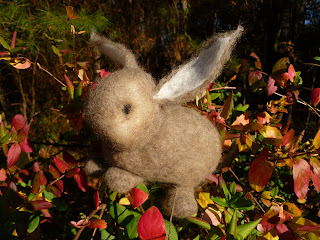 Many folks are fond of dramatic and exotic animals like lions and cheetahs and pandas, but I’ve always loved the small creatures that have been my neighbors all my life—squirrels, rabbits, foxes, chipmunks, and field mice. I love how they fit into the woods and meadows, and the subtle, beautiful colors and textures of their coats. Their bright eyes always seem so wise. 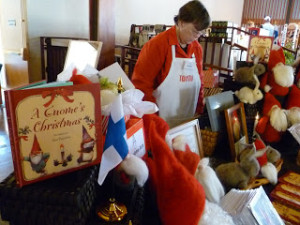 This past Saturday was cool, sunny, and BUSY! I had a table at the annual Finn Spark holiday bazaar in Bethesda, Maryland, filled with needle-felted creatures, books, and cards. Hundreds of folks passed by, and I’m delighted to say that many stopped to cuddle a Tonttu, admire a Joulupukki, and generally enjoy some quality gnome-time. Many of the attendees greeted me in Finnish, a language I haven’t heard since my beloved dad passed away. Lots of folks were in gorgeous traditional Finnish costumes, and many who weren’t were in equally gorgeous handknits. And don’t get me started on the cuteness of the kids! I’m glad I had plenty of gnome post-cards to hand out. Anybody who smiled at my work got a card. 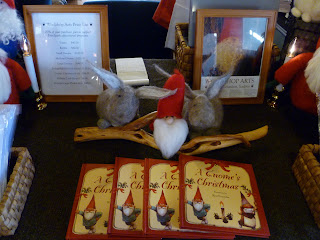 By the way, if you’re one of those people who took a card, and you think you might like to add one of my figures to your collection, please feel free to email me, at karenprich@gmail.com, and let me know what you’re interested in. I’d love to hear from you! 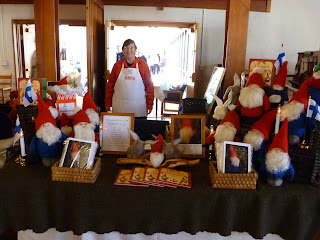